The history of marzipan 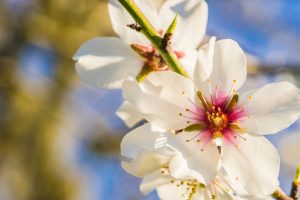 Around the marzipan are many myths to the formation and naming. Since marzipan is particularly popular in Germany, it was assumed that the aromatic almond mass was created around 1400 in Lübeck. It is more likely, however, that the first marzipan breads have already been produced much earlier in Persia, today’s Iran.

In Europe the marzipan from almonds and sugar was first known in Spain, Toledo. Here, the marzipan bread still to this day was supposedly made out of a distress.

In the fifteenth century, the saturating marzipan bread then turned into the noble confectionery which the pharmacists were still producing. While only the European nobility came first to benefit from marzipan, the sweet almond dough conquered the hearts of the citizens in the 18th century. Firstly a special treat for Christmas, marzipan today is without the bakeries or the supermarkets without thinking.

To ensure the high quality and purity of marzipan even today, we rely on organic almonds, honey and sugar. 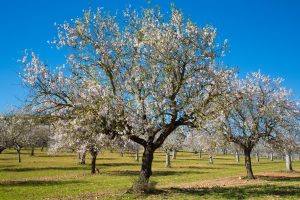 MandelbaumThe original cultivation area was front and central asia. Today’s main cultivation areas for almonds are California and Spain, with California by far the largest portion of the world’s terrestrial yield. In addition, there are cultures in Portugal, Morocco, Greece, Turkey and Iran.

For our organic marzipan, we use almonds from the Mediterranean in order to keep the transportation routes as short as possible, thus not only protecting the climate, but also ensuring the highest quality.

The harvest time of almonds is usually from August to early October. In the main cultivation areas the harvest is carried out largely mechanically. Special harvesting tools shake the almonds from the trees, which are subsequently picked up mechanically from the soil. The green bowl is then removed immediately. This prevents the formation of aflatoxins (mold formation). Then the almonds are dried with the inner stone bowl. As a rule, the distribution is carried out without this inner stone shell.